By Emily Donaldson on September 8, 2017 Interviews

A planned utopia stumbles up against human nature in Alison Pick’s third novel, Strangers with the Same Dream (Penguin Random House), whose events are related through the eyes of three characters (and one ghost)—all of them Jewish pioneers involved in the founding of the kibbutz movement in 1920s Palestine. Pick’s discovery of her own Judaism was the subject of her 2010 novel, Far to Go, and her memoir Between Gods. She grew up in Southern Ontario and currently lives in Toronto. 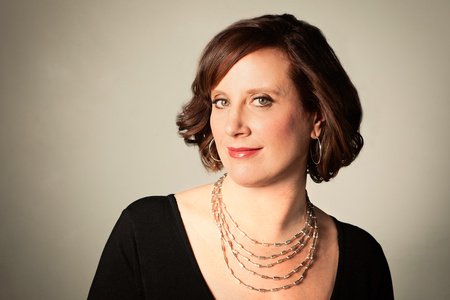 Brad de Roo: What is the dream of Israel? And Palestine? Were these dreams always so seemingly incommensurable?

Alison Pick: The dream of Israel is to have a safe homeland for the Jews where they can live free from persecution—from the violent pogroms of Russia in the early 1900s, from the Holocaust that saw 6,000,000 Jews and other disenfranchised groups murdered in the gas chambers, from the white supremacist marches in Charlottesville today, in 2017. Israel is the historical homeland of the Jews—Jews are ‘native’ there in the same way that the First Nations are native to Canada. The dream of Palestine is, likewise, to have a safe homeland away from persecution by today’s Israeli government, away from the ‘settlers’ pushing farther into the West Bank and Gaza, and, for many, to return to the homes they were forced from in 1948, a war the Jews call the War of Independence and the rest of the world calls the Arab-Israeli war. Palestinians refer to the day in 1948 when 700,000 of them were forced from their homes as ‘al-Nakba’ or ‘the catastrophe.’ These Arab refugees still live in neighbouring Jordan, Syria, and Lebanon and I imagine their longing to return to Palestine is a similar longing that Jews in the Diaspora feel about returning to Israel. So, yes, I would have to agree that these two dreams have always been incommensurable, although my hope is for eventual peace via a two-state solution.

One of the things I was interested in exploring with Strangers With the Same Dream was the way in which the early Zionists did not, or perhaps could not afford to, see the incompatibility of these two dreams. Although they consciously, of course, realized the land had their sights on was already ‘settled,’ because of their urgency fuelled by the violence they were fleeing they were invested in seeing only the ways the land was uncultivated, the sparseness of the population, and a people who they expected or hoped would be easily relocated.

AP: It is, very much. Writing, for me, is a place that is familiar and infinitely comforting; it’s a place where I belong, where I feel productive, and where I can relax. It’s a place where I have the safety to do the hard work of finding meaning in my life and in the world around me. I know writers who feel deeply ambivalent about the act of writing, and certainly there are times that I struggle, but that struggle is usually around the anxiety of making a living as a writer, and how to carve out the reflective time and space I need to do my best work. The actual act of writing is, for me, pure pleasure. Without it I am miserable. I write every day, not out of the sheer willpower people assume, but because it makes me a happier person, which is, I think, one of the definitions of home.

BdR: This book presumably took some in-depth historical investigation. The acknowledgments section notes that you accessed some private journals. What were you looking for in these? Did you use other means to contextualize the period?

AP: I travelled to Israel three times during the research of Strangers With the Same Dream. The novel is set on a fictional kibbutz based loosely on Ein Harod. The archivist there was eager to share the stories housed in her archive—since most were written in Hebrew I hired a translator, also from the kibbutz, whose mother-in-law was one of the early settlers. In reading the early journals, I was looking for the private stories of the pioneers, the stories that might have differed from the grand narrative they were all busy telling themselves. I was looking for the doubt that they did not express to the group, but reserved for the pages of their private journals. I wanted to access the pioneers’ inner lives as opposed to the stories that have been told again and again in the history books.

In addition to primary sources, I read widely about the kibbutz movement, anything I could get my hands on. It’s a topic that continues to fascinate me—the way the intense idealism of the pioneers butted up against the harsh reality around them. I could turn around and write a second novel set in the same time and place and still be deeply engaged.

BdR: You dramatize the pioneers’ philosophical desire to move away from the traditional concepts and roles of religion. Yet many continue to cling to past rituals, objects, and traditions—albeit often in a less observant or orthodox fashion. Why is it so difficult to give up our past rituals? Are they stabilizing, familiarizing unities in the divisive and diasporic forces of time?

I was looking for the private stories of the pioneers, the stories that might have differed from the grand narrative they were all busy telling themselves. I was looking for the doubt that they did not express to the group, but reserved for the pages of their private journals.
AP: Certainly the past exerts a constant and driving force on the present, both in terms of history as a grand narrative and in terms of our own personal histories. The pioneers who came to this new place—a place they had longed for individually and collectively, at the synagogue and around the Shabbos table and at the many organizational meetings it took them to get there—now found themselves somewhere entirely unfamiliar. The rituals of home grounded them, allowed them a way of accessing their families and childhoods that had been so resoundingly and entirely lost to them, and served as a nostalgic comfort for the past that was not coming back. All that said, to me the greater surprise was the many ways the pioneers were able to be fully present in their new reality. The taking up of Hebrew as the language of choice is just one example. It had not been spoken outside the synagogue in hundreds of years, and yet today an entire generation of Israelis speak it as a first language. This is a shocking accomplishment, and speaks to the ways dedication and devotion to a cause, any cause, can bring about true change.

BdR: You also dramatize a desire to move away from past concepts of femininity. This move seems especially fraught with difficulty and confusion. David, for one, seems representative of a male that can’t seem to truly live the reformative principles he espouses. Other male characters, like Levi, seem more capable of progress. How much did this disparity in re-imagining gender contribute to the difficulties of establishing nationhood?

AP: The kibbutz movement espoused gender equality, but largely as a way to free women from the constraints of motherhood so they would be free to work the fields. The young people knew that in order to survive—which is to say, not to starve—they would have to clear and cultivate the land, and quickly. Babies were raised collectively, both to serve an ideological purpose and also so their mothers could work. The journals I accessed described, among other things, how terribly difficult it was for many of the young mothers to turn their babies over to the caregivers in the Baby House, often just days after they’d been born. This was the early 1920s, and the feminism we take for granted today was still decades away. There are photographs of the kibbutzniks’ meetings where the men were discussing and debating the issues that would form their society and the women were knitting. Like every movement toward equality, steps forward were often followed by slides backward. As with people in real life, some characters in Strangers With the Same Dream were more able to adjust and accommodate.  I was certainly interested in exploring the ways the party line on women was different from the reality; this is an issue that is still alive today. The oppression of women is all around us, from pay disparity to sexual assault to the demonizing of Hillary Clinton because she dared try to break the final glass ceiling.

BdR: The current political climates in the US, Europe, and the Middle East show that many of the political and philosophical concerns of your novel have not gone away. How do you retain your writerly wits amidst all the displacement, hate, and bloodshed?

AP: Writing has always been a way to retain my sanity; it also feels like spiritual work, and, on a good day, like a radical political act. There is almost nothing left in our culture that supports introspection or the prioritizing of work that is not financially rewarded. I try to lean on my writing as a way to resist what’s happening in the world around me. I often feel like I should be doing more, or doing something different. Like the only real way to respond to what is happening is to constantly be engaged in political activism, to be rallying and marching and writing letters and camping out on the lawmaker’s doors. And yet, writing seems to be my calling. It feels undeniable, unquestionable, and so I try to trust it and return to it for refuge and inspiration.