In The Last Word: Reviving the Dying Art of Eulogy, the latest installment in Coach House Books’ “Exploded Views” series of “probing, provocative essays that offer surprising perspectives on the most intriguing cultural issues and figures of our day,” writer and recent doctoral recipient Julia Cooper combines cultural analysis of works ranging from Barthes to the Coen Brothers’ The Big Lebowski with personal experience in an attempt to “create a new space for the bleak act of mourning.” 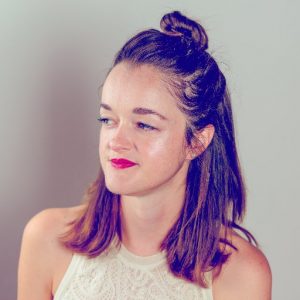 Brad de Roo: Is The Last Word essentially a eulogy for a particular way of looking at death?

Julia Cooper: The book is interested in this peculiar cultural ritual we perform when someone dies—which seems like a good idea on paper, but in practice often backslides into cliché and anxieties around public speaking. To do it well is an art, but one that we seem to have forgotten. I don’t want to prescribe how people should grieve, but I do want to point out some of the contradictions and restrictive time frames that exist around how we currently do it. 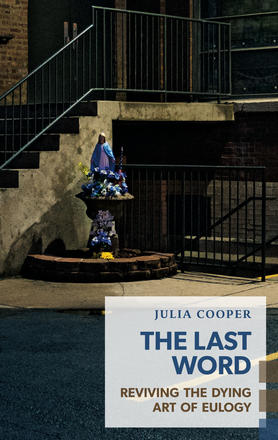 BdR: Is the process of writing, in general, akin to mourning or grieving?

JC: I can’t speak to a general process of writing. But certainly there are some parallels you could draw between the two, like the narcissistic turn inward that both grief and writing require. As I say in the book, I don’t think that narcissism is bad or wrong. We are humans concerned with ourselves, propelled by our desires, and oftentimes introspection can be misread as arrogance or selfishness.

BdR: I found your discussion of narcissism refreshing. You suggest that mourners often need to focus on themselves for extended periods to address the magnitude of loss and pain they are faced with. Why do you suppose we rush this process? Is mourning not considered an efficient enough use of time?

JC: That’s exactly it. The work of mourning doesn’t count—at least in contemporary North American culture—as “work.” Though, I suggest that grieving actually is some of the hardest work we are consigned to do. One of the reasons I think that mourning is rushed is because its labour is invisible, and like you say, inefficient. There is nothing efficient about the slow, forever-work of grief and that really doesn’t jive with the demands of late capitalism (to maximize productivity, to accumulate wealth, to, above all, progress).

BdR: Do you find the sense of time and attention required of mourning at all conducive to writing?

JC: That’s a neat question. In one way, yes. The reflection of writing corresponds with the introspection of grief—when you’re in the writing it can feel akin to a fugue state where time and memory get a bit mixed up, elongated. But writing also comes to a close. It has its deadlines, it has readers. Published writing becomes a social thing that circulates in the world, which—try as we might to connect our loss to something bigger—intimate grief doesn’t.

BdR: You write about the many fraught ways in which we publicly grieve today – from social media celebrity memorials to often clichéd, impersonal funeral services to popular songs. Was there any worry about getting the right tone for making public your personal experiences with grief?

JC: I have a great editor in Emily Keeler, and I trusted her to help me strike the right tone. The Exploded Views series allows for personal voice to be braided into broader cultural analysis, so you could say I was following in the footsteps of the authors before me. Chase Joynt and Mike Hoolboom’s You Only Live Twice or Howard Akler’s Men of Action are two lovely examples.

BdR: Would I be wrong to suggest that the celebrity death culture is an ever-burgeoning cultural industry via social media?

There is nothing efficient about the slow, forever-work of grief and that really doesn’t jive with the demands of late capitalism (to maximize productivity, to accumulate wealth, to, above all, progress).
JC: I talk about how celebrity-grieving has reached something of a fever pitch with social media, but also that we’ve had a penchant for since the days of Lincoln’s assassination. The pageantry of death appeals more than the heavy work of it. That’s not only because we’d rather rely on ritual than give ourselves over to the emotional labour of processing loss, but also because rituals can bring real comfort. Loss is so disorienting, and the spectacle of funeral rites can feel like anchoring points that tether you back down to earth when you’re listless, feeling like you could float away from reality altogether.

BdR: You note that we often make a great separation between life and death in our culture—as though they exist in exclusive worlds.  What do you think normalizes this separation? Is one of the difficulties of delivering a eulogy, the navigation of this cultural divide?

JC: I think that what normalizes this separation is our fear of death—a desire to slowly look the other way from the painful and ugly feelings that loss occasions. I get that. But looking at loss and holding some space for it can maybe help dull the abject fear it incites in us. To consider the ways that life and death are imbricated is freeing, to me at least.