By Emily Donaldson on October 18, 2017 Interviews

Linda Spalding’s A Reckoning (Penguin Random House), a companion to 2012’s Governor General’s Award for Fiction-winning The Purchase, follows the fortunes of a slave-owning family in 1850s Virginia, whose lives are turned upside down after a visit from a Canadian abolitionist on the eve of the Civil War. Born and raised in Kansas, Spalding lives in Toronto, and is an editor of Brick magazine. 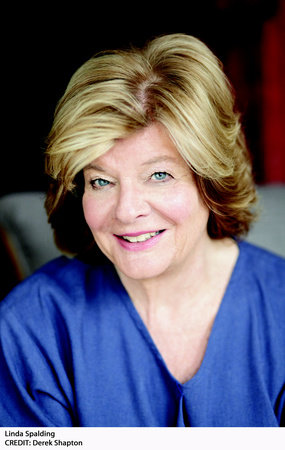 Brad de Roo: A Reckoning shares certain features with classic American travel narratives like Huckleberry Finn or The Grapes of Wrath. Were you intentionally drawing from this tradition?

Linda Spalding: This book was based on an epic journey made by my family in 1856. It seems likely that the narrative tradition has grown out of the historical facts of American life, rife with westward movement or escape of some kind.

BdR: The epistolary form intersects with the larger narratives in your novel. Did reading letters from that time help you get a sense of its dislocations and tumult?

LS: I loved the research involved in writing this book – reading slave narratives, planters’ diaries, and letters from the mid-nineteenth century, including some written by children. In this case, Electa’s letters to her father allowed her to have her own voice and framed her point of view as distinct from her brother’s.

BdR: What do the overlapping realities of slavery and colonialism in your book tell us about where we are culturally today?

…slavery’s legacy endures and seems to be inexhaustible. I grew up in the era of hope, of desegregation, of brave talk, and now I am convinced that it will be another generation or more before there is a real lessening of racism in the US…

LS: Unfortunately slavery’s legacy endures and seems to be inexhaustible. I grew up in the era of hope, of desegregation, of brave talk, and now I am convinced that it will be another generation or more before there is a real lessening of racism in the US, where it is endemic even in the North and where every business and institution is poisoned by it. Obviously it began with the scandal of white people legally owning and enslaving Africans. Along with that came an insistence on the rights of states to make their own laws. Even now many Americans, especially residents of rural areas, dislike being regulated by the federal government, seeing it as an imposition on their fundamental rights. This fervency keeps education parochial to the extent that schools in some states refuse, for example, to teach evolution. Poor education makes people insular and suspicious of any variation on the themes they recognize. Racial inclusion, especially, is viewed as dangerous to the social system.

BdR: Nature is finely detailed throughout your book. What defines America’s relationship to Nature? Does a well-informed, vivid depiction of natural processes figure high in your writerly interest?

LS: Americans think of nature as intrinsic to their sense of the patriotic. It’s a romantic view and often unfounded. I worked toward a sense of relationship with the natural world, rather than a description of nature as external. Each of us experiences the environment uniquely and I hoped to express that distinctive awareness in my characters rather than describe their surroundings. I like your use of the words ‘natural processes’ because that is how I want readers to consider trees and meadows and animals.

BdR: Animality is also described in depth, from birds to fish to livestock to bears. Is the knowledge we get from animals at odds with our usual relationship to nature? Is it something we can readily apply to our own attempts to know each other?

LS: Again, I wanted to suggest that each of us reacts to animals differently and that it is Martin’s close relationship to [his bear]Cuff that helps him grow into independence and self regard. Martin is given a chance to decide what kind of man he will be and he chooses a path of compassion. More than that, he accepts consanguinity with a bear. This is not the typical depiction of male prerogative in North American fiction, where manhood is usually achieved through a sense of isolation, individuality and violence.

BdR: Maps and routes figure greatly in the many escapes and journeys your characters plot. Is there something about emerging boundaries or changing borders that especially fascinates you?

LS: I grew up in Kansas where, before statehood, both North and South wanted control over the legal issue of slavery. I think the ambiguity of that situation fostered something complex in our view of race.  Kansas was somewhat ambivalent about African-American residents because originally the border between Kansas and Missouri was entirely political. This was also true of the US-Canadian border, which was an essential protection to runaway slaves. I am interested in this distinction. It is more legal than sentimental in the same way that  [abolitionist]  Alexander Ross, in my novel, hates the slaver more than he loves the slave. In terms of mapping, I tried to find some more or less believable way for Bry to get to Canada through a series of misadventures. The Dickinsons’ journey was much easier to research.

BdR: The image of Canada as a place of refuge in the novel is an image that persists today with the current refugee crisis. That said, Canadian history is full of examples of racial and colonial brutality, of cultural exclusion, so does this sense of the country as refuge persist as a mere comparative to the more revolutionary history of the US, or is there a greater tendency towards cultural openness here? Having experienced both places, does this contrast consistently inform your work?

LS: I can’t say the contrast is consistent in my work but it is very important to me as a dual citizen. I have lived nearly half my life in Canada and I am conscious of the effort here to form a society that is workably inclusive. Generally Canadians are, at the very least, polite to “otherness” and that goes a long way to making inclusion possible, whereas US citizens are trained to be suspicious of difference and hostile to intruders. Cross-cultural integration in Canada has been informed by the English-French division. Canada’s status as a place of refuge has been hard earned; there have been terrible breaches in that code, but it defies the usual outcome in other places.