The stories in Lori McNulty’s debut collection, Life on Mars (Goose Lane), run the gamut from high realism to the fable-esque. In one, a middle-aged sportswriter develops an intimate relationship with his newly transplanted heart; in another, two brothers find in their rotting family tree the tangled roots of a dark childhood memory. Ottawa-born McNulty, who has been twice-nominated for the Journey Prize, now lives in Vancouver. 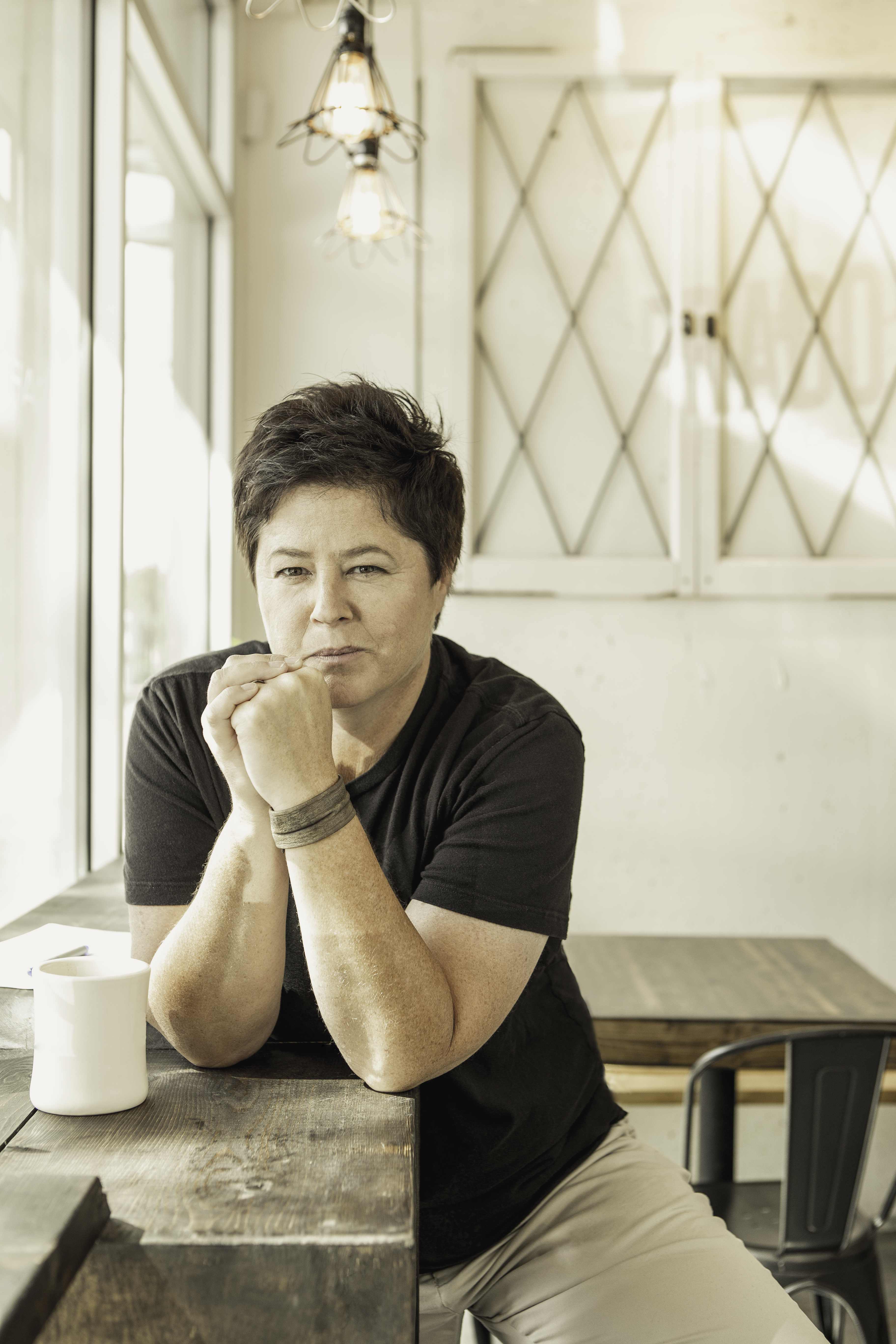 Brad de Roo: Let’s start with Mars. What about the Red Planet radiated to you?

Lori McNulty: It was not so much the Red Planet radiating to me but my experience of the heartbreak, magic, complexity and absurdity of modern life. I’d say Mars became a metaphor for the act of writing itself — venturing toward a truth, a compelling intuition, a distant heartbeat. As a writer, I’m compelled to venture into unknown spaces and make something out of the darkness.

BdR: Did you intend from the start to have Mars as a signifier orbiting each of these stories? 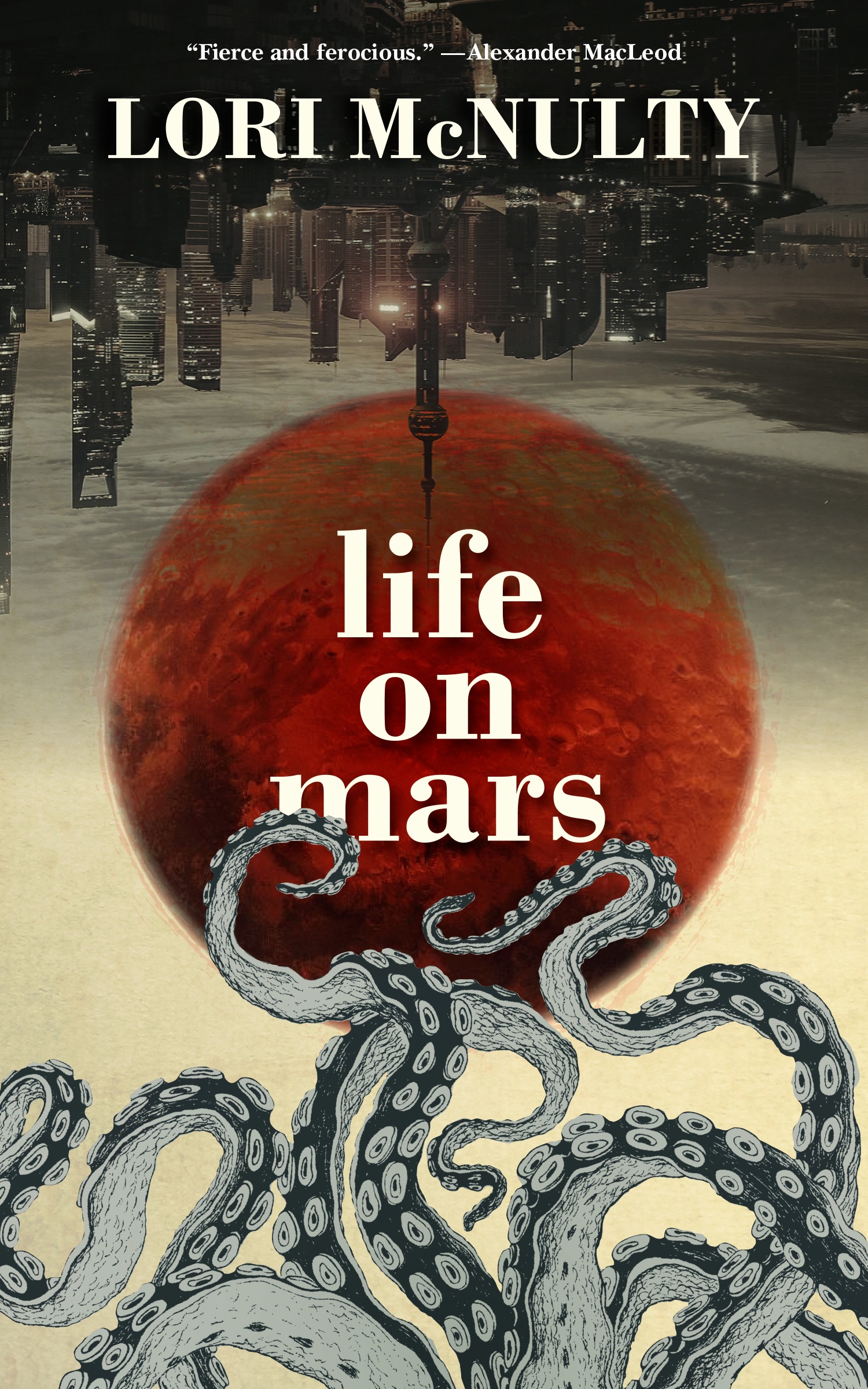 LM: I love your idea of a signifier orbiting the stories.

There was no intention of using Mars as a signifier or metaphor linking these stories from the start. Mars was simply a character’s name that emerged unbidden in one of the stories. Later, given the themes of crisis and transformation, along with the tragic and comic absurdity of modern life, the title Life on Mars seemed to fit the collection.

So much emerges unbidden in the writing process: a character’s name, a plot turn, a story title, a surprising but inevitable ending. These are gifts of the unconscious (or at least creative) certainly and moments of pure joy for me as a writer.

And thus, very late in the manuscript revision process, Mars was beginning to surface in each story. I informed my editor, who said Go for it. So, Mars was written into each story, not as a signifier pointing toward a planet or otherworldly experience, but rather as a constellation of meaning, feelings, and states of being. An alien experience, if you like, both intimate and remote, that seemed to lend at least some unifying energy to this rather diverse collection of stories.

BdR: Many of your stories anthropomorphize. Animals, natural settings, body parts all take on personalities.  Was this a means of making a fraught everyday world appear otherworldly, alien, magical?

LM: I’ve enjoyed shockingly original fiction from the likes of Karen Russell, George Saunders, Gabriel García Márquez, and José Saramago. What they offered me was a kind of liberation from strict, realistic narrative. But your question also reminds me of the heavy influence Zora Neale Hurston and Haitian Voudoun had on me in terms of my understanding of the physical and spiritual world. Nothing is quite as it appears. Every day has an alien quality. There is magic in nature and mystery in that which lies beyond conscious thought. Perhaps this anthropomorphizing is one way of grappling with all of it. All of these tendrils of experience and awakening weaving in and out of our lives — why not embody that as a squid?

Mars became a metaphor for the act of writing itself — venturing toward a truth, a compelling intuition, a distant heartbeat. As a writer, I’m compelled to venture into unknown spaces and make something out of the darkness.

BdR: Is drawing attention to this alien quality a reaction to the cold, hard materialist realities that surface in stories like “Battle of the Bow,”, “Prey,” “Gindelle of the Abbey,” and “Two Bucks from Brooklyn”?

LM: Yes, there is a narrative arc running through the collection that evokes the harsh, alienating realities of modern life. These stories do cover the materialist realities that surface around experiences of, for example, mental illness, racism, sexual identity, and our uneasy (and also sometimes wondrous) relationship with nature. It was not a case of intentionally trying to draw attention to specific material realities as it was an effort not to ignore them. It is easier, at times, to render a state of consciousness that may be poetic but somehow floats above materialist reality. Ignores it. Staying grounded and in touch while capturing that alien quality I was sensing in my characters was important to me.

BdR: Your story “If on a Winter’s Night a Badger” riffs for laughs on a Calvino novel. Calvino was famously omnivorous in his use of genre and reference. Your stories mash genre and reference with a corresponding appetite. What brings you to this party table?

LM: Such a great question! My story does riff, both for laughs, and as part of a reflection on readers and writers and isolation and the importance of storytelling. I was a TA at McGill and was lucky enough to be assigned to a cultural studies class studying the Italian futurists. We all read Italo Calvino and I fell in love with his work. Yes, the omnivorous Calvino meets the omnivorous Badger in my story — love that! And there is this desiring, devouring nature to life, especially in our teens. At the heart of the story, perhaps, is this raw hunger, an urge to  explore, to bear witness, to be understood, to love, to connect as a matter of survival. And also, it was just really fun to write. Riffing on Calvino’s much more sophisticated and complex novel was risky, but literature doesn’t always have to be profound to be interesting.

BdR: Do you find writing stories allows you to get at a wider variety of tones, than a novel would?

LM: I am working on a novel now and enjoy that wide canvas but you’re right, there is something intriguing about inhabiting multiple characters, tones, and experiences and watching them play out in a short-fiction collection. The challenge is that some readers may prefer a more consistent tone throughout a book. I know the interest in linked stories is often to provide that tonal consistency, similar to a novel. But invention is also exciting, and often there is a deeper tonal quality — the voice of the author that runs through all of these narratives — that one can apprehend in reading. As my agent says, it’s like opening a box of chocolates and never knowing what’s inside.

BdR: Bodies defy easy or normalized categories in Life on Mars. Bodily boundaries are questioned by surgeries, epiphanies, accidents, attacks, drugs, species, and death – among other things. What about bodies has normalcy got wrong? Is writing imagined bodies ever a jarring form of re-embodiment?

LM: I deeply admire writers who elicit a strong emotional affect through their work, often through an embodied, poetic writing. Writers such as Toni Morrison, Derek Walcott, and V.S. Naipaul come to mind. Early on, my work was more cerebral and expository and maybe even too self-conscious. I found it easier to leave the body behind and play with language. Then I realized how necessary it was for me to write in and through the body. To be gutsier with language and bodies and the boundaries that define both.

Playing with this notion of bodies and transformation in fiction is irresistible to me. Where do we begin and end, and why does it matter? And what happens when we bump up against the world? How do we heal? What feels inviolable? Where is the soulful when our bodies are wounded or broken? Fiction helps me carve a path through being and embodiment.

So I wouldn’t quite say normalcy has gotten anything wrong in relation to bodies. Rather, this interrogation of bodies — we see in fiction and philosophy and literary theory and, of course, in our current political climate — suggests that there is already an anxiety, a mystery around what constitutes a “normal” body. Bodies are both material and imagined, so what is the experience of being in a body at all? I don’t take this for granted anymore. Playing with this notion of bodies and transformation in fiction is irresistible to me. Where do we begin and end, and why does it matter? And what happens when we bump up against the world? How do we heal? What feels inviolable? Where is the soulful when our bodies are wounded or broken? Fiction helps me carve a path through being and embodiment.

BdR: Would you say your occasional use of second-person narrative is a way of putting a reader into a position of self-interrogation?

LM: Yes, I would say the second-person narrative does engage the reader in a different way. However, at least in my case, I think the choice of second person should always emerge in an organic way from the character or story itself. For example, there is an inherent alienation to the main character in “Gindelle of the Abbey,” and this POV and second person embodies the character’s relationship to himself and the world — the reproachful echo in his head, the idea of watching yourself experience the world and not feeling a necessary part of it.  Meanwhile, that use of the second person also puts the reader into a position of slipping inside herself, of being part of his/her own interrogation. The caution here, though, is that the “you” can just as easily pull the reader out of the narrative, so it’s a fine line to walk.

BdR: Some of your characters find embodiment in vehicles and in the act of travel. What about travel makes a person feel embodied?

LM: What a smart observation. Two of my great passions are writing and travel. Both imbue me with a sense of wonder, pull me out of my self as I venture into the unknown. On the road, as well as on the page, anything can happen. Unexpected encounters take place. You’ll cross paths with people or experiences that are mysterious, extraordinary, and even shocking. You lose control. For me, travel makes me feel less trapped by the rigours and expectations of workaday reality and personal history.

So perhaps my characters also find, in their own journeys, an opportunity to engage more fully with their bodies and being.  If that sounds like a religious experience, that’s probably because it feels that way to me. There is such a great awakening and surrender in the act of travel and writing.