Described as a cross between Room and Olive Kitteridge, Rebecca Rosenblum’s first novel, So Much Love (McClelland & Stewart) focuses on the impact the sudden disappearance of a young woman has on her small community. Rosenblum has written two previous, well-received short-story collections, The Big Dream (2011) and Once (2008), which won the Metcalf-Rooke Award. 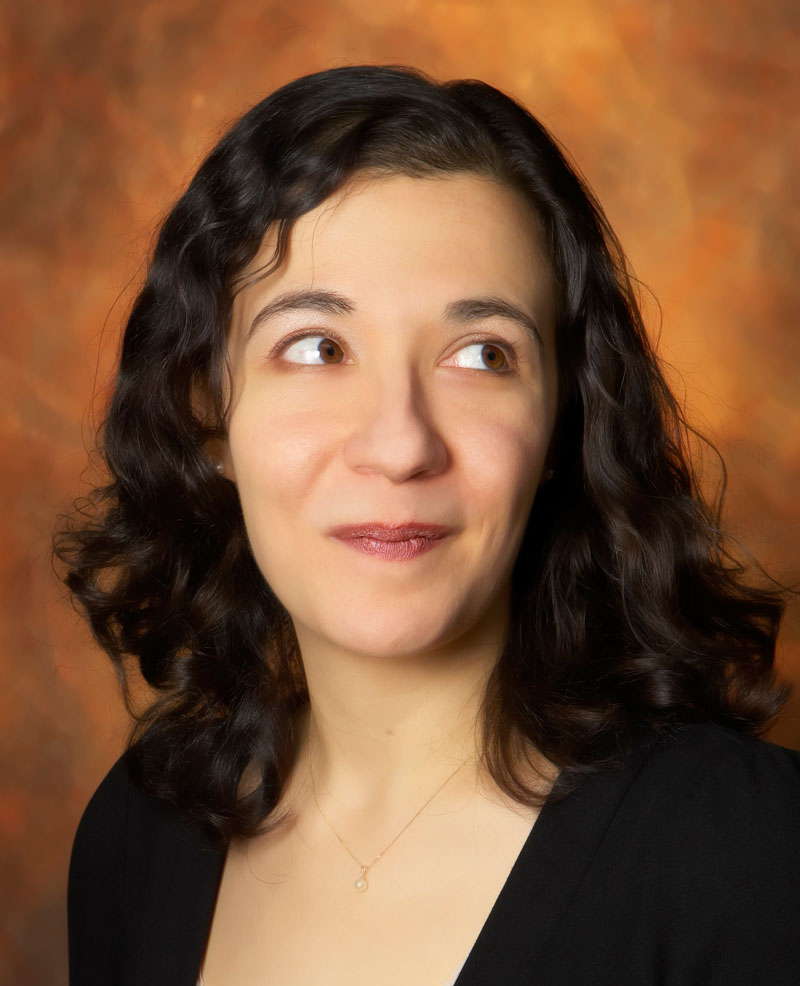 Brad de Roo: So Much Love pivots around disappearances. These disappearances are especially disturbing for their lack of story. What about not having a story distresses us?

Rebecca Rosenblum: A lot, maybe everything, at least for me. One of the most satisfying things as a writer is to put together cause and effect, motivation and action, desire and satisfaction, crime and punishment. We want to know the story through to the ending to be assured that world is logical and people can be sorted out and understood. And that’s also one of the most dangerous things as a writer, to start orchestrating a world that always makes sense, a world that doesn’t really exist. Real life has gaps and mysteries and things that will never make sense, and those are places of profound discomfort for most people. As a human my urge is to plug those holes and solve the mysteries; as a writer, my job is to sit with them, think about them, offer my observations, but also just to be uncomfortable. 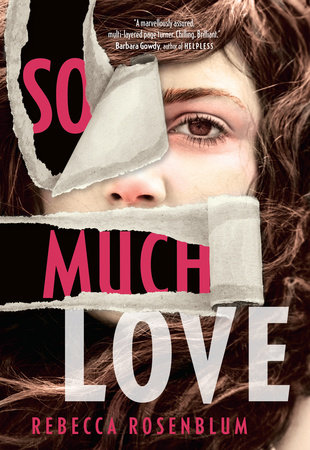 So Much Love,
by Rebecca Rosenblum
McClelland & Stewart,
288 pages.

BdR: Would you say that writing through uncomfortable things gets you to more complex truths?

RR: A lot of the time, yes – the hardest path, the best view, something like that? Or maybe it’s just less-known truths, because we don’t like to think about uncomfortable things most of the time so it gives a fresh vantage? I’m not sure. I do know that this book pushed me way out of my comfort zone but once I started it, telling the story in this way felt necessary and I wanted to see it through, and I think it was worth it, at least to me.

BdR: Disappearances also provide an ongoing tension, while readily advancing the plot. In terms of mechanics, what are the benefits of making such absences central?

RR: I don’t know that I really thought of it that way when I started this project – so very long ago – but absence is a way through a narrative for sure. It creates suspense, it create architecture for the book, a way to guide readers through. It was very strange to realize I was going to take away that suspense halfway through – Catherine would live and the reader would know it, and there’d still be so much story left to tell. I really pulled the rug out from under myself, having to essentially start a new narrative arc halfway through the book.

BdR: Suspense is usually a constant in books featuring disappearances. Mysteries or thrillers often aim for as much suspense as possible. By taking away the effect halfway through the novel, were you reacting against its generic uses? Or combining it with a different genre?

RR: I was reacting against a bunch of things, but not really genre, though you do make a fair point. I didn’t want to write a book where the woman remained silent throughout because she was captive or dead, where her one message to the world was her body or her absence. I feel like too often in fiction – even literary fiction – female characters are killed off as an inciting incident, or even just backdrop. I struggled to find a glimpse of Julianna’s own voice, maybe viewed through Catherine’s ideas about her, but definitely her own self-creation too. The idea that a woman’s life is much more interesting than her death was really important to this writing. Catherine and Julianna’s lives are the heart of the book for me.

I didn’t want to write a book where the woman remained silent throughout because she was captive or dead, where her one message to the world was her body or her absence… The idea that a woman’s life is much more interesting than her death was really important to this writing.

BdR: Your previous books are short-story collections. Characters in this novel engage with and use short stories for particular purposes – like vocalizing companionship and reorienting themselves with the language and details of everyday life.  What kind of companion is a novel, in comparison to a short story? Did rewriting a novel require a certain amount of reorientation?

RR: You’re right, the two forms are very different in terms of the intimacy or, as you say, companionship they give, though I think there’s a lot of variation within each form as well. A lot of people tell me they don’t read stories because they want to stay with the characters for longer, that they feel cheated after getting to know someone for 10 or 15 pages, that person goes away and doesn’t come back. My hope with stories, I suppose, is that the characters do stay with the reader, that they are drawn strongly enough that they linger in the reader’s mind and one can imagine more than what’s on the page, that a reader can and would want to construct what happens next for herself. Other kinds of stories, the fleeting glimpse is maybe all you need – it is intense and fully fleshed enough to be satisfying all on its own.

But So Much Love doesn’t entirely deliver on what some readers hope for in a novel – to sit with a small group of characters consistently over 280 pages. Nothing wrong with that, but I might not be that sort of writer. I wanted to keep pivoting, keep telling the same events from different perspectives to give a more complete picture. I keep coming back to certain characters and in a sense you do “find out what happens next” in the course of the book. Or I’m not sure if a reader would the same way I do about it. I guess I’d be curious to hear.

BdR: So Much Love is almost a narrative study of the nature of relationships. Family, friendly, community, and romantic relationships are compared and contrasted at different points in their developments. What did exploring the variety of these relationships teach you about human connection and attachment? Is being a writer is at all like being in a relationship – perhaps of a different character than those I’ve already listed?

RR: In your previous question you mentioned “rewriting a novel,” which suggests you know some of the history of this project, which I started working on in 1999 as a linear, single-POV novel, abandoned in 2002, tried again in 2005 and abandoned the next year, and then made it to the end of a third version as a linked collection of short stories between 2011 and 2014 and THEN rewrote it as a novel the following 2.5 years. It was only in that last rewrite that I realized how many different perspectives, how many different kinds of love – romantic, familial, pure, poisoned – I needed to talk about. It was very hard for me to feel like all these kinds of love have something in common, and it took a long time to be able to fit them all together in way that made sense. My editor, Anita Chong, took a really strong hand in helping me assemble that puzzle and know what pieces were missing. If my relationship with this book was like a human relationship, it would be a messy, fraught one for sure. I love this book, and I’m so proud of it, but it took a lot out of me. I guess that clichéd parenting simile might be apt after all…

BdR: You unflinchingly dramatize violence. Two of your male characters offer particularly disturbing insights into masculine tendencies towards objectification and control.  What about men leads them into such abuses? Is there a sense in which these expressions of violence are horribly distorted attempts at love?

RR: Oh, I flinched plenty, though I’m glad if you feel I kept it off the page. It was my initial impulse not to give any point-of-view chapters to the characters who do harm in this book, and not to dramatize any of the violence in scene. This instinct came out of the years I spent as a proofreader of mass-market fiction, including any number of thrillers that had a few chapters “through the eyes of” violent, sadistic criminals. This writing was really graphic and… gleeful? I guess the word is sensationalistic? It was alarming how much of the “thrill” in these thrillers seemed to come from giving the reader scenes of joy in doing harm with no repercussions because it was through the eyes of a “bad” character. I wanted to avoid that kind of amoral writing but it came to seem equally problematic to skirt scenes of abuse entirely – it’s real, it happened to these characters, it’s more or less what the book centres around, so I needed to deal with it. So I wound up working with the subject in a number of ways. The two chapters from the points of view of men who do harm – “Castle” and “The House That Modern Art Built” were both straight up “voice” pieces, which is a term I use that I maybe made up. I mean, I just worked really hard to find that voice and the character behind it, but give the reader enough distance so we aren’t forced into complicity, that there’s room for a degree of empathy without it being complete or without judgment. As to what got these men to the point where these actions came naturally to them, I have my ideas, of course, and there are some hints of those on the page, but I wasn’t interested in that sort of psychology. At a certain point, your actions are your actions.

BdR: It seems to me that psychologizing characters would remove much of their dramatic mystery – however immoral their actions…

RR: It just didn’t seem important to me to go into it – we don’t all walk around with our life stories tattooed on our faces. Either the characters are fully realized for the reader or they aren’t. I don’t feel a lot of mystery around either Dex or Sean, but I do feel like they are human and complicated, which was what was most important to me in creating them.

BdR: You don’t shy away from dramatizing the lasting effects of trauma, especially concerning Catherine. Did you do much research into the ways trauma presents? Is storytelling essentially a reaction to trauma? Is it an act of resistance and resilience?

RR: Yes, I did a ton of research over a fairly long period. I read a lot of survivors’ stories, memoirs by women who endured captivities similar to what Catherine endures. These books accounts were deeply troubling but also awe-inspiring. What these women endured was beyond nightmares, but they did endure, and lived to write their own stories in their own ways. I also read a lot about more (sadly) typical experiences of sexual violence in our society and how that kind of trauma manifests itself afterwards. I also read a bit about healing and moving forward from these kinds of violence. What I learned is that no two experiences are the same, but there are some common denominators and one is a desire to own an experience, be able to hold it in your head without being devastated. Studies have shown that avoiding traumatic memories increases their debilitating affects; being able to remember, and share that memory, is something that can help in many cases.