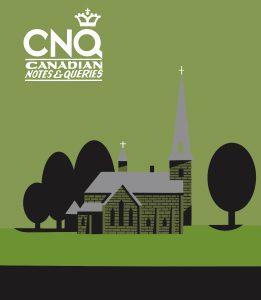 LETTER TO THE EDITOR