By Emily Donaldson on January 12, 2021 Rereading 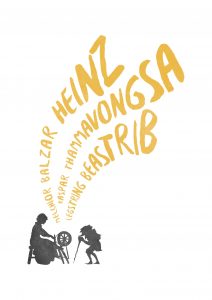 When we read, the experience of reading is not always just the book in front of us. It is also who we are at that moment and who we have around us. The forces and choices that bring us there.

It is the same with the movies. When I rewatch movies I watched as a kid, The Goonies, E.T., Indiana Jones: Temple of Doom, I remember long rainy Sunday afternoons, with my brother, and my mom and dad somewhere behind me in the room. I am the only one sitting up close in front of the television (I had bad eyesight).

In our home, we did not have books. I was often photographed in front of family friends’ bookshelves the way we take photos on vacation of things we think we won’t get to see again.

In grade two, our teacher took us to the public library. It was a class trip, a twenty-minute or so walk. I remember seeing a clear plastic bag and inside it was a book and a cassette tape. I was told you could play the cassette and a voice on it would read you the book. I thought that was the grandest thing in the world. A book and a voice to go along with it.

My parents did not read to me, but they would bring me things to read and fill out. A rent form, job applications, bills, letters. They worked long hours, and when they came home they wanted to eat and sleep and watch television. And in the times that I tried to read on my own and had difficulty, the one adult who knew how to read, my father, did not know how to pronounce the words, and I would go to school only to discover we had got it wrong. I was not ashamed or humiliated at the way we pronounced things. The way we pronounced things made sense to me. I just knew, after a few times of getting it wrong, that I was alone in this, and that’s just the way it was.

We did not have books, but we had a cassette player. My mom insisted we have one. It was how she sent word to her own mother and siblings. She would put a blank tape in, hit record and play at the same time, and she would address her mother. I would listen in on these correspondences and my mother would let me. She would often begin with how my brother and I were doing, mention how great I was at school, that I was growing up so fast. She would talk about how great the country we were living in now was, and how cold it could get here too, all that snow. She told her mother she would send for her once she saved up enough money.

Always, my mother came back to a moment in her life that divided them. My mother was not loved by her mother, and she knew it. Given away, to be raised by a grandmother. Belonging, but not quite. Close, but not exactly. For no other reason than having a face that looked like her father’s. A man who left her mother. A man that she, too, did not know. Over the years, my mother has not been a mother to me, but I understand why. That I am here, that I come from her, is good enough for me.

So, this was how I knew I could borrow that plastic bag from the library with a book and a cassette tape in it. Someone would read to me. The book contained one story. It was “Rumpelstiltskin.”

People like me can have many names over the course of their lives. At home, my family called me “Ning.” It is the sound of a bell, a sound that made me stop and listen, alert. It also means “to tickle.”

When I started school, I never knew what my real name was. I thought it was Ning. At school, on the forms we filled out, was my real name. Souvankham Thammavongsa. I would be called “Souvankham,” but I never answered. I didn’t know who that was.

Eventually, I figured out that at school that was my name. It was long, so I went by “Sou.” Later on, a teacher pronounced it as “So?” I didn’t like what she did with my name. The way it was raised at the end into the mark of a question, like, perhaps, who or what I was or wanted to be with a name did not matter. “Sou,” I said. “So?” she said. To make it more clear and to avoid errors, I went by the name “Sue.” Who calls me what tells me a lot about them. How I know them, my closeness to them, and when I’ve known them.

When I encountered this book, with just this one story, I thought the name so strange. Rumpelstiltskin. It didn’t seem far off from my own name. Souvankham. Who would be able to guess that, if they had to?

I was not afraid of anything in the story then. It seemed like real life to me. To be told to do something so impossible—spin straw into gold, or die—and I listened, with understanding.

I remember laughing at all the names the miller’s daughter guessed at, and how so far away they were from the real thing. “Kaspar,” “Melchior,” “Balzar,” “Legstring,” “Beastrib,” “Heinz,” were the names she tried. I remember feeling great joy at the line, “That is not my name.” Thinking of my own name too. “That is not my name,” I repeated, with the voice on the cassette, and looking at the words that formed that line on the page.

I recall the strangeness of his name. Rumpelstiltskin. How difficult it was and the joy I got at the miller’s daughter not being able to guess the right name. How ugly Rumpelstiltskin looked in the drawings. Small and crooked. Rereading it now, though, there are things I don’t remember.

Rumpelstiltskin, in my mind now, is beautiful. He was able to spin straw into gold for someone. He saved someone’s life with his magic. He was magic. What power. But what use was this magic or power to himself?

I see now something I didn’t see then. He wanted something.

Someone promised him a child. He wanted a child. He lived with the certainty that no one would know his name. But that was not the case. And he would not have that child now. Once she said his name out loud, Rumpelstiltskin, “he took hold of his left foot and ripped himself up the middle in two.”

I don’t remember this part, from when I was a kid.

We don’t always get what we want, but that doesn’t stop us from wanting. This is what I think when I get to this last line.

When I was a kid, I felt sorry for the miller’s daughter. How impossible a task it was to spin straw into gold. How frightened she was. But she did get married, and her husband said, “I will not find a richer wife in all the world.”

These many years later, I want Rumpelstiltskin’s magic. He was able to turn straw into gold. In some ways, writing is that kind of magic. Nothing is there, and when you write it becomes a thing of value. When people love the thing you’ve made—that is gold.

But Rumpelstiltskin ripped himself up the middle in two because someone knew his name and because he could not have that child. What anguish, what loss. That is what I see now. What I hear now, too, is my own voice. Not out of a cassette I have to play, but my own real voice, coming out of my mouth. There isn’t a cassette playing. I didn’t hit play. I am reading. All by myself. That is the grandest thing in the world.