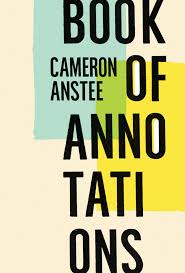 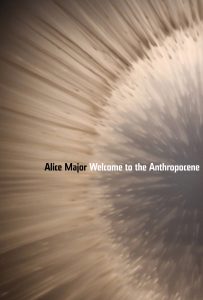 Welcome to the Anthropocene
by Alice Major
U of Alberta Press
132 pages.

It is a haunting truth that poetry can sometimes exist just this side of silence. Among the thousands of fragments attributed to various poets of the ancient world—Sappho most notoriously, but many others too, Roman as well as Greek—there is a one-word “poem” that scholars have assigned to the Greek poet Simonides. That word is himeros, desire. Of course, it is by an accident of textual transmission and not by an aesthetic choice that we have this “poem” that goes under Simonides’ name—a word like schoinion (rope) or enchelus (eel) would be less likely to induce poetry’s unique frisson; whereas “desire” is so polyvalent a noun that we can accept it as a poem unto itself. So even though, like music, which starts to be interesting historically when harmony and counterpoint are introduced (at least to this reviewer), and poetry is perhaps at its sweetest flower when it is able to muster all the resources of rhythm, metre, assonance, internal rhyme, and so on, even at its most minimal stage it can still move us. Pound knew this when he made a poem out of a then recently unearthed Sapphic fragment: “Spring…. / Too long…. / Gongula….”

Most of the single words attributable to poets that survive from antiquity come to us through commentaries and encyclopedias, so we do at least have a modicum of context, as the Pound poem also does. One way of reading Cameron Anstee’s first collection, Book of Annotations, is to view it as a book of fragments that have survived from some sort of textual calamity. This is most obviously true of Section III (there are five in all), in which twelve poems by poets like Nelson Ball, Denise Levertov, H.D., and others are subjected to erasure, leaving a kind of exoskeleton behind on the page. So Marianne Moore’s poem “He Made This Screen,” which consisted originally of four rhyming couplets, is reduced to a series of six occurrences of the word “here” (“here” and “there” in the Moore poem) and scattered punctuation. Is the “He” of Marianne Moore’s poem God? If so, Anstee seems to want to refocus our attention back to the here and now. Almost all the central details of T.E. Hulme’s poem “Above the Dock,” which in standard imagist style, focuses on a natural object (the moon) and allies it to the human world through metaphor (it becomes a balloon forgotten by a child and allowed to float off) are erased in Anstee’s re-working. He leaves as his poem only the emotion of loss (“the quiet // seemed so far away / after”).

Anstee also has poems that consist of single lines, even single words; found language (typos in his dissertation, for example); repeated phrases (“in rest / a pulse / beside / the eye” three and a half times). Other minimalist strategies are used as well. Occasionally a poem, though always short, is more conventional. A spring poem called “April” is a good example. Here it is in its entirety:

This demonstrates Anstee’s skill and musicality in a way that many of the more fragmentary poems rarely do. “How rest is sovereign” is particularly nice. A tiny poem entitled “Salvage” seems to me both in its title and its brief contents (“each hour comes / apart”) to exemplify Cameron Anstee’s perspective on life and poetry. It is the small pieces of the hours of each day that he wants to rescue for poetry, a poetry that will be every bit as tiny and unattached as those moments are themselves.

Science and poetry parted company a very long time ago, at least in terms of mutual accommodation. Aratus and Manilius wrote about the philosophy of science and astronomy, in dactylic hexameters no less; but since antiquity, science has mainly been discussed and philosophized in prose, while poetry has stuck predominantly to feelings, history, myth, religion, and so on—certainly not chemistry or bioethics. Few poets are sufficiently science-literate to deal with climate change, much less relativity theory or quantum mechanics or cosmology; poets who have made science their special province, like Christopher Dewdney and Christian Bök, are the exceptions that prove the rule. Alice Major, a Scottish-born poet who came to Canada as a child and who has lived in Edmonton since 1981, is known for her special interest in science. Her new collection, Welcome to the Anthropocene, contains poems on many subjects, but scientific ones form the core of the book, beginning with the title poem. “Welcome to the Anthropocene” has an epigraph from Pope’s Essay on Man, and uses Popean rhyming couplets throughout its long length. The rhymes are often charmingly approximate rather than musically chiming (“bacteria” with “retina,” “future” with “astuter,” “help it” with “velvet” and so on), and as a whole the poem feels like an essay that has strayed into the world of the poem rather than a poem pure and simple (or complex). There are poems about the workaday world, a poem written in the voice of a mouse, a poem about missing the Muse’s house call because the poet—damn hygiene!—was in the shower. (True poets worry about the unlovely dedication we all have to soap and water.) There is even a poem about the pathetic fallacy, which is full of pathetic fallacies that are then sidetracked by the poet’s knowledge that the indulgence in what Ruskin first named—the trope of attributing human emotions to everything—should be avoided. It’s all a big “as if.”

Alice Major chose another Pope couplet as the epigraph to one of the last poems in her book: “A perfect judge will read each work of wit / With the same spirit that its author writ.” Fair enough, I suppose. The “poetry accounting squad,” as she calls it, has perhaps no deeper permanent authority than anyone else; and “scuttlebutt,” equally to the poet and the critic, is indeed a mere distraction. But the poem is the proof of whether opinion means anything at all. I’m just not sure that the subject matter of poetry is all that important. Other aspects will prevail.