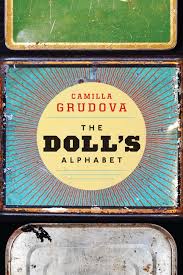 In his ground-breaking essay on the uncanny, Sigmund Freud describes the phenomenon as “that class of the terrifying which leads back to something long known to us, once very familiar.” Freud is writing in German, and the word he uses—unheimlich—literally means “unhomely.” Much of the essay is taken up in discussing how this unhomeliness works in relation to that which is heimlich, a word that denotes the comfort and security of the domestic space, but also its privacy and hiddenness. Discussing at length E.T.A. Hoffmann’s tale “The Sandman,” Freud argues that the uncanny is tied to anxieties already present in the idea of the heimlich, and that feelings of the uncanny are triggered not by something non-domestic, but by the revelation of a darkness and horror lurking behind the familiar.

Camilla Grudova, it is safe to say, knows her Freud. It isn’t just that her debut collection of stories, The Doll’s Alphabet, moves with alarming ease between the familiar and the weird, or that it deals in gothic tropes (transmogrification, grotesquery, mysterious machines that reveal unspoken desires); Grudova understands that every single object created by humans, even a pin or a chocolate bar, is in some way reflective of our foulest urges. In thirteen stories that span a mere two hundred pages, Grudova undertakes nothing less than a psychoanalytic biopsy of Western culture. What she finds is as illuminating as it is damning.

For a first book, the stories here display a remarkable balance of consistency and range. What ties the book together is its insistent, unflinching treatment of the way men brutalize women, and teach women to brutalize themselves. Some stories, like “Waxy,” contain entire dystopian worlds, while others, like the delightfully macabre “Edward, Do Not Pamper the Dead,” exist in an uncharted literary space between Heather O’Neill, Dracula, and Monty Python. “The Sad Tale of the Sconce” recounts the misadventures of a sconce born in unfortunate circumstances following a brief rendezvous between an octopus and a ship’s figurehead. The title story (printed below in its entirety), seems specifically designed to drive book reviewers mad:

The Doll’s Alphabet has eleven letters:
A B C D I L M N O P U

Who are the dolls? What is their language? Is ABCDILMNOPU an anagram? Does it contain the hidden name of god?

Freud argued that the uncanny is conjured by repetition—events or coincidences that seem unremarkable in and of themselves take on an eeriness when encountered multiple times seemingly at random. It’s an effect Grudova thoroughly exploits. The ordinary creatures and objects—wolves, dolls, clowns, and insects—that populate her worlds become unsettlingly meaningful as they multiply across the book. The novel’s most potent symbol, however, is the sewing machine. Industrial and domestic, associated both with the harshest aspects of modernity and the comfort of the home, sewing machines are for Grudova what fishing boats were for Alistair MacLeod: a material object representing the complexities, paradoxes, and pain of an entire existence.

As a woman using the sharp edges of literature to dissect the bloating corpse of patriarchy, Grudova is in good company (Margaret Atwood is flagged on the back flap, but fellow Canadian up-and-comer Paige Cooper also fits the bill). But the author she reminds me of most is Lyudmila Petrushevskaya, the Russian novelist and short-story writer famous for her dark fables about the difficult lives of women. Like Petrushevskaya, Grudova’s stories have an oral quality to them, as if she were simply recording anecdotes and riddles and ghost stories. “The Gothic Society”—which is barely more than a page long and doesn’t name a single character—dispassionately relates the activities of a secret society bent on surreptitiously adding gothic elements (stone griffons, wooden monks) to modern buildings. It feels like a story more suited to a campfire than a literary journal.

For this reason (and others), it’s tempting to view these stories as modern fairy tales. But though Grudova is clearly steeped in that tradition, The Doll’s Alphabet is a twenty-first-century book. The dystopia in “Waxy,” for example, is decidedly archaic (no one has a cell phone), but its depiction of a world in which women disfigure themselves in factory labour while men try to win prizes by taking philosophy exams feels like an alarming (and at times hilarious) twist on the forever students of the millennial generation who live on grants and the financial support of their partners.

Grudova’s stories resemble Petrushevskaya’s, too, in that they present women’s central misfortune not in the fact that they are barred from the world of male labour, but that they are responsible for carrying their families’ full financial and domestic burden. At the end of “The Mouse Queen,” when a young mother is forced to find work at a chocolate factory after being abandoned by the father of her twin sons, she develops the ability to transform into a wolf so she can forage food for her children. Liberation comes when she wakes up one morning to discover her children are gone. Neither she nor the reader is ever quite sure whether their father took them away or if she devoured them in the night.