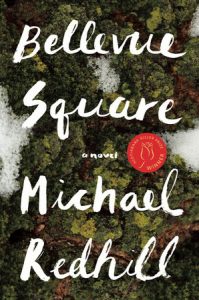 Authors have various reasons for adopting pseudonyms. One of the more interesting is the bet against celebrity. Stephen King took a whirl as Richard Bachman because, in part, he wanted to see if he could be as successful without his famous name appearing on a book’s cover. His son would later adopt the nom de plume Joe Hill for the same reason, and J. K. Rowling became Robert Galbraith to, in her words, publish “without hype or expectation.”

As an experiment in what sells more, a book or a brand, the evidence gathered seemed to point to the latter. The first Galbraith novel apparently sold around five hundred copies before the Harry Potter author was outed. Within days, the publisher printed another 140,000 copies to meet demand. Some of King’s Bachman books sold well, but not nearly as well as those published under his real name. Again, when King authorship was revealed, sales rose dramatically.

The flipside of the famous author seeking anonymity is the not-so-famous author, usually of a literary bent, donning a raincoat and floppy hat to enter the less critically fashionable but more lucrative ghetto of genre fiction. One of the better known examples of this is John Banville, who has written a series of crime novels under the name Benjamin Black. Another, to bring this around to the subject of the present review, is Michael Redhill, who has published several detective novels as Inger Ash Wolfe.

Like Banville, Redhill says he found a kind of freedom in adopting a pseudonym. He (or at least his publisher) also used the veil as a tease, announcing, with the first Wolfe novel, that the author was “a well-known and well-regarded North American literary novelist.” This encouraged some speculation in the press (though Redhill’s authorship was not a well-kept secret), and may have contributed to Inger Ash Wolfe making more money than Redhill had writing under his own name.

I thought the whole business of Redhill and his alter ego had played itself out, but in Bellevue Square Redhill is at it again, perhaps to work out a few personal or professional issues.
We appear, at first, to be getting the story of a Toronto bookstore owner, a woman named Jean Mason, who one day learns she has a double who likes to hang out at the novel’s titular park. She decides to investigate, which leads to her coming undone.

It’s difficult to discuss the plot of Bellevue Square because everything that happens in it is eventually called into question. Jean has a hallucinogenic brain disorder (“asymmetric autoscopy”), a condition that progressively worsens until we’re finally left with no clear idea of what constitutes reality. Does Jean really own a bookstore? Is she married with children? Does she have a sister? With brain cancer? Is there really a doppelganger?

The double, whose name is Ingrid Fox, is an author of “schlocky mysteries.” That’s very meta. Except Ingrid Fox is a pseudonym, adopted because Ingrid likes “pretending to be someone else.” Her real name is Inger. Or it might be Inger. Or maybe that’s Jean’s real name. Again, it’s not clear.

The doppelganger, as a literary conceit, has a long history that Redhill eagerly taps into. Bellevue Square isn’t a schlocky psychological thriller but rather a tale redolent of Poe, Dostoyevsky, and Guy de Maupassant. It’s even announced as the first part of a “triptych”—not a trilogy—called Modern Ghosts. That said, the draw of the pseudonym, and of a trashier mode of fiction, is still strong.

Bellevue Square reminded me less of nineteenth-century fiction than of Barbara Gowdy’s Little Sister, which came out just a few months earlier. Both novels have female protagonists just this side of middle age who live in Toronto and who own and operate fashionably retro businesses in a gentrified cultural neighbourhood (a rep cinema in Little Sister, a bookstore here). Both protagonists have out-of-body experiences where they seem to merge with other women they share a psychic bond with. Both novels end in a race against time as the doubles try to connect in order to share some important, possibly life-altering message.

I enjoyed Little Sister because it’s a book that’s meant to be enjoyed. Gowdy opted to embrace a template from popular fiction and let her novel’s rather sentimental events play out like a movie-of-the-week. In attempting to resist the draw of the merely generic, however, Bellevue Square gets lost in mystification and metafictional gamesmanship. As I mentioned earlier, when the first Inger Ash Wolfe book came out it was launched, teasingly, as a genre novel written by a “well-known and well-regarded” author who had chosen to remain unidentified. But Redhill, even after outing himself, seems to want to keep the tease going. Come what may, he refuses to drop the final veil.

The dance, however, should be more fun than this. There’s nothing wrong with wanting the full monty. Or at least better music.