By Emily Donaldson on March 8, 2018 The Dusty Bookcase 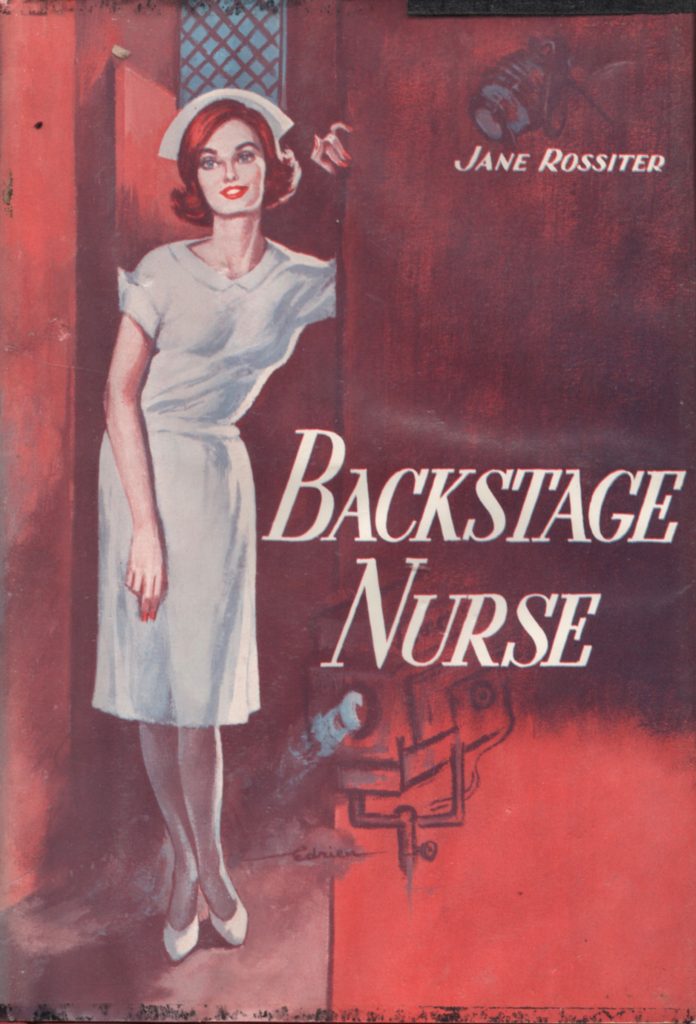 The role falls to beautiful Shirley Grant for no other reason than she had once pursued a stage career herself. At eighteen, she’d attended theatre school, and by nineteen was performing on Broadway. But then her father, a medical doctor, died in a plane crash, leaving her an orphan. “And so, although she still loved the theatre, she had decided to become a nurse. In this vocation, she could follow in the footsteps of her father in being of service, and find fulfillment she knew now the theater could never give her.”

I suggest that another reason Shirley Grant seems a good fit for the role is that she has no social life. Sure, we’re told she has “many friendships — friendships that would last a lifetime,” but not one is so much as mentioned. With nothing to ground her aside from an apartment somewhere — it is never depicted — Shirley’s commitment to a four-month tour encompassing Thanksgiving, Christmas, and New Year’s Eve is easily made.

The tour begins at Boston’s Colonial Theatre. The cast and crew stay at the Hotel Touraine, eat at the Hampshire House, shop the small specialty shops that line Tremont Street, and, on at least one occasion, join “a bustling throng crossing to the drugstore corner of Boylston.” Then it’s off to Toronto, where advance ticket sales have been brisk “Toronto is an excellent show town,” says Oliver Craft, adding praise for the O’Keefe Centre (renamed the Hummingbird Centre in 1996; then the Sony Centre in 2007, which it remains as of this writing):

“It’s new and, they tell me, one of the finest showplaces on the continent. Be a change from some of the run-down places a company has to face nowadays.”

Shirley found it her turn to smile. “I remember some of them. Especially one town in the deep south. There were actually rats in the dressing rooms.”

“Is that why you gave up the theater for nursing?” The deep-set eyes twinkled.

Shirley laughed. “Not really. But it could have been.”

That afternoon when they went to the theater for a check on the stage and to locate their dressing rooms, they found that O’Keefe Centre lived up to its name. Oliver Craft had a magnificent double room as the star of the play, and Shirley took a smaller one next to it. Everything was new and modern and the cast were delighted with the place.” 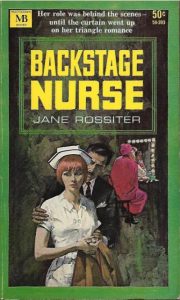 Cincinnati, with its weak box office, proves a disappointment, but Cleveland’s Hanna Theatre provides good returns. The Terrace Room is suitable for private receptions, the Log Cabin offers dining and after-theatre dancing, and Peacock Alley at the Waldorf is a good place for intimate conversation. Detroit, Minneapolis, St Louis, and Indianapolis pass in a blur, and the tour becomes a disorienting series of cities, theatres, hotels, restaurants, and nightclubs… as, I expect, theatrical tours are in real life. But for all this realism, Backstage Nurse is no more a novel about the theatre than it is a novel about nursing. True, it has a nurse as the main character, but Shirley doesn’t do much more than administer medication and encourage her patient to rest. The moment she senses something wrong she’s on the phone to Dr Trask, who drops everything to fly in from Boston.

Backstage Nurse was written by an author who was neither a ​nurse nor a ​woman​. In W.E.D. Ross’s 358-title bibliography, it follows the “adults only” Lust Planet​ (reviewed in CNQ #101), and holds the distinction of being th​e​ first of his 57 nurse novels. ​He recognized from the start that nurse novels were romance novels​ — the ​romance here falling​ ​to​ two competing characters.

The more interesting is Oliver’s concerned grandson, Roger Craft. A Philadelphia-based real-estate baron, Roger makes a poor first impression by showing up on the tour’s first date to bully Grandfather and his nurse into cancelling the performance:

“I pleaded with you not to do this. And because I wasn’t here to check myself, you deliberately deceived me about your physical condition.”

Now Shirley felt her own anger rising. “I was told you might come here today and give a performance that would upset my patient. But I didn’t think anyone could be so unfeeling.”

Hours later, after a successful opening night, Roger proves that he’s not unfeeling, opening his heart to Shirley in the lobby of the Statler-Hilton:

“It’s hard for poor little rich boys to score on everything. I missed out with girls.”

“Really?” She was intrigued, but tried to sound casual.

“I married at nineteen. We eloped. Big deal!”

“Oh!” It came as a surprise. She was puzzled that it should mean anything at all to her. She had only met Roger Craft that day. But suddenly the news that he was married came as a depressing blow.
Shirley quickly regains her footing when Roger goes on to say that the marriage lasted less than a year:
“We really didn’t give ourselves a chance to really fall in love.”

“You were in such a hurry to get married.”

When they next meet, two weeks later, Roger looks to repeat his mistake by asking the nurse to marry him: “Shirley, I don’t want you to get the idea I’m trying to rush you into anything,” says a man with whom she has spent, at best, four hours. “But in the short time we’ve known each other, I’ve found all I could ever ask for in a girl.”

Shirley very nearly says Yes — “There were so many thing right about marriage to him” — but asks for time to consider his “suggestion.” Were I one of Shirley’s non-existent friends, I would’ve advised her to consider these lines of dialogue:

“But it will be only a few weeks until the company plays Philadelphia, and then we’ll have lots of evenings together. And you’ll be able to meet the rest of my family. Especially Mother.”

“I have Mother eager to meet you, darling.”

“We’d be happy. I’m sure we would. If you’d just come down and meet Mother —” 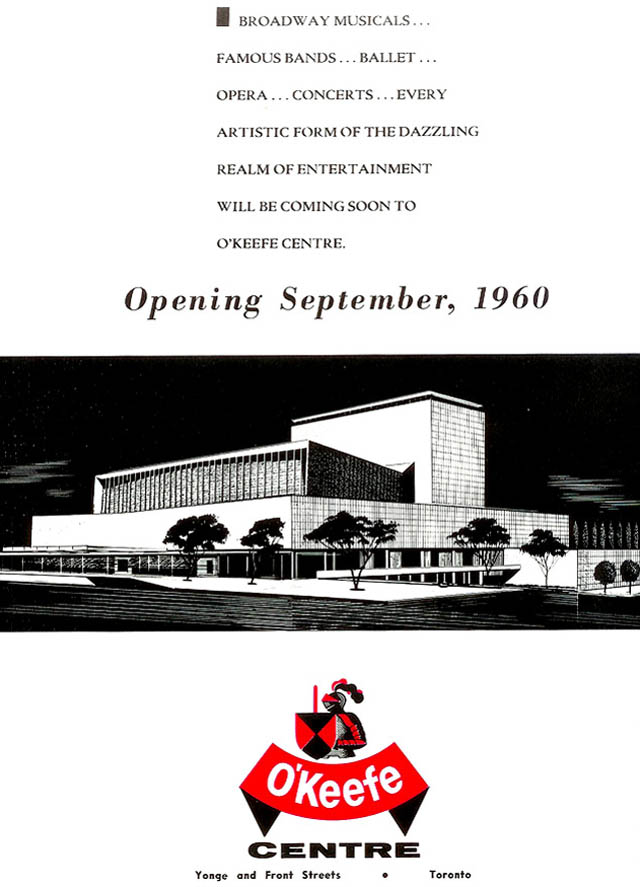 The more grounded of Shirley’s two love interests is Hugh Deering, former medical doctor and current alcoholic who shut down his practice after a car he was driving skidded off the road, killing his best friend. Hugh was too drunk to help. Now, he’s strictly a “two drink man,” which doesn’t at all explain why he puts up with clingy actress Joy Milland (whose skirts are, according to the omniscient narrator, a touch too short). I infer the reason is sex, though this is not so much as hinted at.

In the years since the accident, Hugh has remade himself as a fine enough actor that he now shares the stage with the great Oliver Craft. Shirley recognizes a “quick mind” onstage, and so concludes he was a brilliant doctor, is resentful that he gave up medicine for the theatre, and nags him to return. Hugh doesn’t try all that hard to win Shirley’s heart. He hovers in the background, half-heartedly teasing the nurse and telling her of his jealousy toward Roger.

Who does Shirley choose? Why, the man she manages to change, of course. Romance novels are fantasies, after all.

Object: A cheap thing in red boards with black type, wrapped in a dust jacket that is itself wrapped in Plasti-Kleer™. “Plasti-Kleer™ Jacket Covers on all Avalon Books.” Jacket design by “Edrien.” I bought my copy last year from a Winnipeg bookseller. Price: $7.

I count eleven copies in various editions being offered for sale online, ranging in price from $1.80 (Woman’s Weekly Library) to $67.66. (Macfadden-Bartel). The cheaper the better, as far as I’m concerned.