By Emily Donaldson on March 7, 2018 Interviews 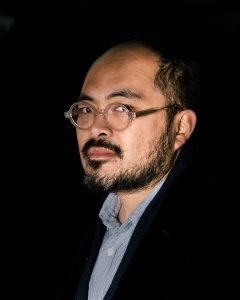 Inspired by Albert Camus’ 1947 novel of the same name, Kevin Chong’s The Plague (Arsenal Pulp Press) taps into present-day cultural anxieties as it follows Dr Bernard Rieux in his attempt to fight a treatment-resistant disease and find meaning in suffering. Chong lives in Vancouver and teaches at UBC and Simon Fraser University.

Brad de Roo: On the second last page of your novel, characters describe the need to ‘talk about’, ‘inscribe’; and ‘externalize’ the events of the plague they’ve endured. If they don’t share their stories the latter’s events will remain dormant in their bodies ‘like the bacterium waiting for an opportunity to re-emerge.’ Are stories a form of (hopefully) treatable infection? What about these fictional events made you seek an externalizing treatment?

Kevin Chong: I was thinking along the lines of memoirists who turn trauma or some quarrelsome experience into a story as a way of putting distance between themselves and their anguish. The characters in the book do that, too, but as a novelist, I wanted to suggest that their motivations for externalizing their experiences also served each of their conflicting purposes. There are some characters who explain the disease from a more secular humanist perspective; others look at it from a more political frame of reference. I wanted this novel to house their various perspectives without favouring one or the other.

BdR: Your characters respond to the epidemic in a variety of ways (some make art, some hide, some report, some organize locally, some flee, some go to church, some seek new love etc.). Were you trying to counteract the state’s homogenizing response to the epidemic?

KC: Yes. I grew up in the age of celebrity benefit concerts and telethons. That’s turned into non-celebrity crowdfunding. There’s a reassurance in galvanizing others and being galvanized, but what happens when any public assembly becomes a health risk? People turn inward. Vancouver is also a city full of people who self-compartmentalize; it’s the reason why our most vulnerable people can live metres away from tourist attractions and the most privileged. 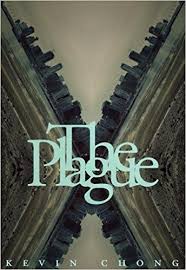 In my version of Rieux, you have a character who resists the performance of goodness but still believes inactivity is no alternative.

BdR: In re-inscribing Camus’ novel, did you ever feel like you risked being contaminated by his original conceit? Did you have to quarantine any especially catchy or virulent strains from his text?

KC: When I first read the novel as an eighteen-year-old, I responded to how openly characters spoke about Big Questions. I attempted to emulate that.

Dr. Rieux’s clinical voice was fun to rearticulate, especially in the beginning, but too much could push the novel into pastiche.

I remember reading somewhere that Camus thought his humour was underappreciated. The dark humour is abundant in his novel. At the same time, I wonder whether readers didn’t willfully overlook some of the more comic moments. If they didn’t, the dissonance in tone might be too striking. Perhaps they ignored the jokes because they wanted to read the work as realist, and not as a more allegorical narrative. As someone whose view of life is comic, I tried (and perhaps failed) to check my impulses to seek out the jokes amidst all the depictions of death.

BdR: Humour strikes me as a pretty human way to deal with the absurdity and determinacy of death. Characters like Siddhu, Tso, and Grossman bring it to the fore. Others, like Dr. Rieux and, later, Parsons approach death with a certain amount of stoicism. The characters sometimes poke fun or are critical of each other’s approaches to death. Was it important to you to avoid broadly satirizing any one character’s responses to mortality?

KC: Much like in the original, I think all these reactions to dying are treated respectfully. But I think most of these characters are in no way certain about where their beliefs lie or how they would behave if they fell ill. They are learning from each other. Engaged conversation is how their community plays out.

BdR: Quarantine seems like a helpfully limiting literary motif or device. Settings and conflicts can blur into a zone of necessary actions and repeating images. Global patterns can be localized by circumstance. Did you hunker down with a lot of quarantine lit in writing this? Does the need to restrict and study a potentially fatal disease cover some of the same metaphorical ground as the desire to delimit and protect a potentially vital story?

I do think of quarantine as a photonegative of xenophobia. In both cases, there is a desire for purity. Both produce a collective isolation.

BdR: Did you research some of the ways xenophobic powers or forces employ quarantine-like techniques? Do you think such techniques can inure people to inclusivity and empathy?

KC: I didn’t do any heavy research. I’d recently read Eula Biss’ On Immunity. In Vancouver, the memory of Japanese-Canadians gathered in the stables of Hastings Racecourse during the Second World War still lingers among Asian Canadians with deep roots in the city.

Last week for a work thing, I was in Tennessee and learned about a judge there who offered inmates reduced jail time in exchange for sterilization. I don’t think the judge’s decision was met with approval, but it scares me that there are people in power like him. He’s no exception, merely someone whose beliefs were more tactlessly expressed than others.

BdR: Vancouver is absolutely central to your retelling of The Plague. What is unique about how the plague manifests here? Would a Toronto or Montreal or Dawson City plague receive markedly different responses?

KC: Aside from grad school, Vancouver has been the only place I’ve lived as an adult, and I feel like it’s the context for so many of the characters I write about. In my mind, the bubonic and pneumonic Plague are medieval stand-ins for any kind of catastrophe that might strike a city and expose its divisions and inequities. I’d probably write a similar but different version of this novel if I had spent most of my life somewhere else.

BdR: Your novel certainly exposes Vancouver’s divisions and inequities. Is having a social conscience essential to a good novel?

KC: I don’t think so. As I know it, a novel is supposed to artfully represent the world. Sometime that world can be fairly intimate; in those examples, the greater world is left out.

You might more convincingly argue that any novel is an expression of the author’s moral vision and that writers should be taken to task for, say, upholding personal freedom over obligation to one’s children. And if you believe in that, then you might say a novel about a bunch of middle-class folks lamenting their lost sexual potency leaves out too much of the world to be worth your attention.

By the way, this is the first of my six books to really consider division and inequity, and that wasn’t really done with intention. It was only when I considered the implications of moving a 1947 novel set into present-day Vancouver that I realized I would have to look at every part of the city and not the curated version of my hometown I live comfortably in.