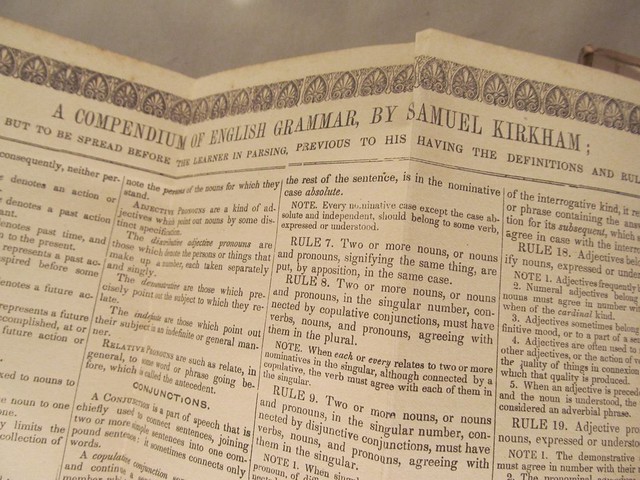 These then are the rules the poet should observe. Nor should he neglect those appeals to the senses, which, though not among the essentials, are the concomitants of poetry; for here too there is much room for error

A poem published in The Walrus’  March 2016 issue contains an error. The well-intentioned copyeditor who saw the poem just before it went to print fixed what he or she* believed to be broken grammar in its title by changing it from “You are Not Going to Come Trillium” to “You are Not Going to Come to Trillium. He or she did this without consulting the magazine’s senior editor, the poetry editor, or the author of the poem, me.

I had signed off on the proofs, but the error was, according to a senior editor, “an ill-fated act of guerrilla copy-editing during a high-pressure situation. Someone saw something that didn’t look right and fixed it — they assumed they were just doing their job.”  The magazine has admitted the mistake and corrected the poem in its online version, but it exists in the incorrect form in print. The magazine has chosen to not publish an erratum, citing a “policy against running corrections for typos.”

This change is very small; perhaps even unnoticeable without my emphasis here.  Nuance, however, is very important to poets. Poems are complex systems where the tiniest of changes can make all the difference. These perturbations can cause large divergences down the road, as in Chaos Theory (you know, the butterfly flaps its wings, causing a tornado in a distant land). The accumulation of many small errors over a long period of time means that their effects, what’s more, can’t be accurately predicted.

So what does this error mean for my poem? Like many poems, it works towards coalescing disparate things through the inventive use of language. The incorrect grammar in the correct title represents, with accuracy, the voice of my mother, an immigrant to Canada from India. It is an intentionally reproduced error made to expose the linguistic, cultural, and emotional distance between her and me (and likely her and the reader) — a distance I have often grappled with, especially during encounters with mortality such as the one confronted in the poem.

This contrast is accentuated in the poem’s first line, where the voice switches to my own, and then, because English is my first language, that same phrase is repeated, but in its corrected form. The poem itself is filled with references to codes. All poetic language (including incorrectly grammar’d language) is coded, especially when it is taken out of context. The broken grammar of the title, the blockage in expected flow, is itself a metaphor for the many kinds of blockage that appear in the poem and in life at all scales, from the physiological to the cultural.

When defined as a departure from the expected, error is, in fact, central to discovery in poetry. In the 2016 Winter Supplement issue of The Puritan, I am quoted as saying: “The scientific method is a system we can depend on … but the human spirit wanders. In my worldview I depend greatly on wandering.” The word “error” comes from the Latin word, “errare,” which means “wandering.”

This error is the sign of love,
the crack in the ice where the otters breathe,
the tear that saves a man from power

Even intentional error has an important role in the processes of poetry. The poet and novelist Dionne Brand, in an exchange about this essay, put it this way: “poetry breaks and glues back grammars.” Nothing broken can ever be made perfect again. One can only learn through the breaking and remember through the cracks. Sometimes errors (grammatical or otherwise) are introduced in the process of writing a poem, but only the poet is expected to own them. There is also of course a great deal of uncertainty involved with reading poems. Every reader is expected to have his/her own reading, suggesting, perhaps, the futility of differentiating signal from noise in human nature itself. But I would argue it is all the more reason for a poet to obsess about getting his or her poem “right,” even if that means nudging a reader to ask, “What’s wrong?”

The role of poetry in general-interest magazines and the media has been questioned and debated by many. Among her correspondences, the poet Elizabeth Bishop lamented, in regard to a lifetime of publishing poems in The New Yorker, “I have nothing against clarity, you know… I think the convention of situating everything clearly and immediately can get to be boring.” Certainly, one way to avoid systematic errors is for magazines to educate editorial staff on diversity in poetic forms, styles, and voices and on the fact that the very concept of “typos” in poems is a complex one (Bishop reportedly “fought over commas”). Perhaps the error in this example is just a reflection of the ways poetry is under-appreciated in our culture at large. Let us not be tempted however to throw out the baby with the bathwater. It is essential for these magazines to continue to publish poetry, in all its forms and voices. True error, especially when it occurs in poetry, arguably magnifies the weakest links in the publishing ecosystem (not individuals, but the processes that lead to such errors). Poetry can force us to re-examine our preconceptions of what language is for to begin with.

Countless poems have used incorrect English grammar to successful end (though one that comes readily to mind is “Look We Have Coming to Dover!,” a brilliant, cross-cultural take on “Dover Beach” by the British poet Daljit Nagra from his collection of the same title; Faber and Faber, 2007). But is it possible that poetry that experiments with English grammar might be vulnerable to bias in publishing venues that don’t give poetry the attention it requires, such as, for example, general-interest magazines? English-language editors expect, well, the English language, error-free. This is reasonable except in cases where it potentially reflects bias, particularly unconscious bias; where it is assumed that the editing process is helping a work rather than hurting it. When I tried to explain the implications the error had for my poem, the The Walrus’ senior editor, though very apologetic and mortified, assured me that the magazine believed it was acting in everyone’s best interests. “It happened,” he said, “because the magazine has a zero-tolerance toward typos.”

The Walrus’ mistake was an honest one, but not a random one. It’s an example of a potential bias or “systematic error” because it is far less likely to go the other way: a copyeditor in such a high-profile magazine would never intentionally dismantle correct English grammar in a poem. Failing to address systematic errors can, over the long run, lead to poems that go in a particular direction, whether intentional or not. To eliminate bias, there is only one thing we can do: change the process itself. To its credit, The Walrus tells me it has “made in-house changes to make it much harder for this situation to happen again.” Since the incident, I have heard several anecdotes about how pervasive the introduction of errors into poetry is in general-interest magazines (an occurrence more frequent than one would put down to chance alone), the presence of potential bias based on how poems should sound is perhaps something to which we may want to draw attention.

Junot Díaz and many others have written about the lack of international content available on university curricula, including MFA programs, through which editors might be trained. Others have argued that greater diversity is needed on the publishing side of things; in, for example, the cultural backgrounds of the editorial staff themselves. Both of the latter can exacerbate bias. Given the many levels of decision-making in a magazine like The Walrus, a journalistic piece with similarly obvious grammatical mistakes would have never even made it (understandably) to the final copyedit stage. Kudos, therefore, to The Walrus’ poetry editor and senior editor for not questioning the strange grammar in my poem’s title at the outset.

* While explaining the cause of the error to Madhur Anand via email, one of the Walrus’ senior editors referred to the editor responsible as “she.” Graeme Bayliss, the Walrus’ managing editor, has since contacted us to say it’s no longer clear who caused the error, but that it was not the magazine’s sole copyeditor, Sarah Sweet, as the use of that pronoun might imply.

CNQ has duly changed the pronouns in this paragraph to reflect this uncertainty, but would like to emphasize that Madhur Anand’s piece is not about assigning blame for the error in question, it’s about how errors can affect works of art, or reflect bias.